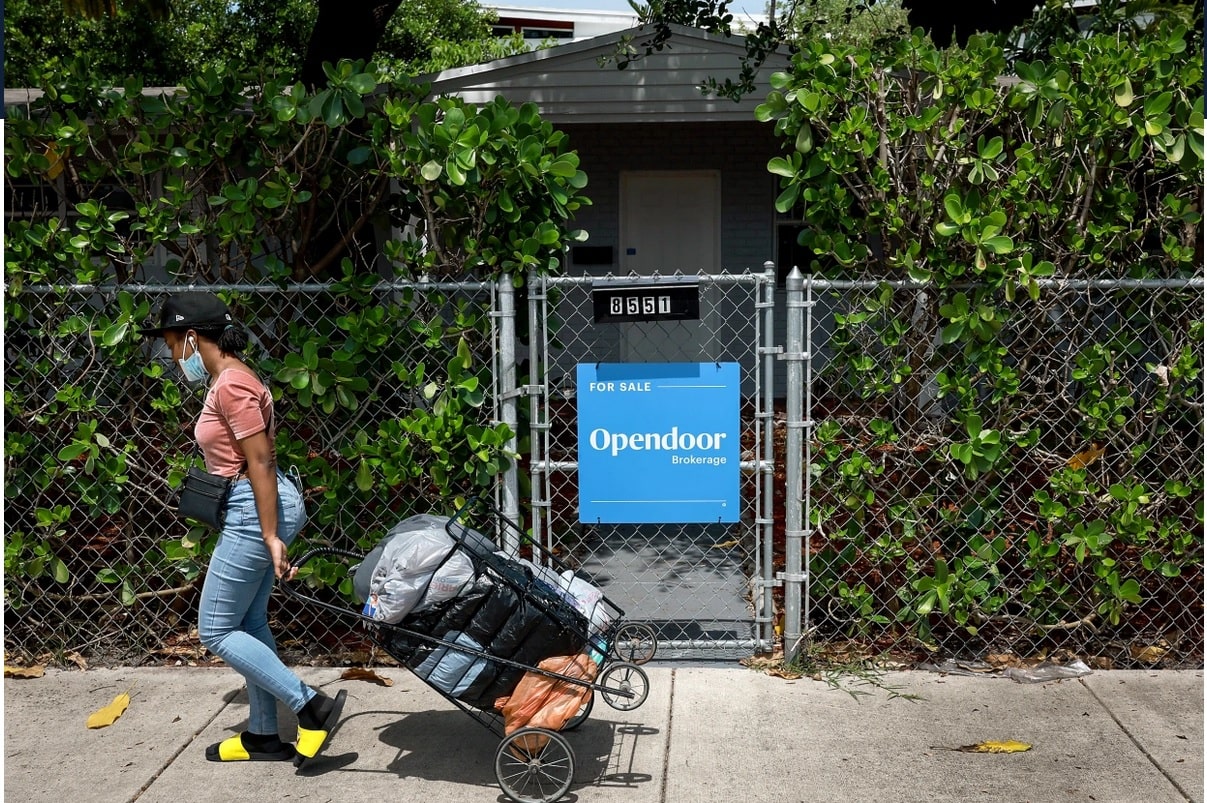 Home sellers are getting nervous, as the once hot housing market cools fast.

One in five sellers in August dropped their asking price, according to Realtor.com. A year ago that share was just 11%.

The average home sold for less than its list price for the first time in more than 17 months during the four-week period ended Aug. 28, according to a report by Redfin.

Homes are simply not selling at the breakneck pace they were six months ago when strong demand butted up against tight supply, bidding wars were the norm, and a seller could often get a signed contract in under a weekend. Homes in August sat on the market an average of five days longer than they did a year ago — the first annual increase in time on the market in over two years.

The supply of homes for sale is also rising fast, up nearly 27% from a year ago, even as fewer sellers decide to list. Pending sales in July, which represent signed contracts on existing homes and which are the most recent sales data available, were nearly 20% lower than July 2021, according to the National Association of Realtors.

“For many of today’s buyers, the uptick in for-sale home options is taking away the sense of urgency that they felt during the past two years, when inventory was scarce,” said Danielle Hale, chief economist for Realtor.com. “As a result of this shift, coupled with higher mortgage rates, competition continued to cool in August, with listing price trends indicating that home shoppers are tightening their purse strings.”

Mortgage rates have been rising since January, hitting a recent high in June and then falling back slightly in July and much of August. They are, however, rising again and are now nearly matching that June high.

Redfin reported that requests for home tours and other home-buying services from its agents at the end of August was down 16% from the same period the year before. Touring activity was also down 9% from the start of the year, compared with an 11% increase at the same time last year, according to home tour technology company ShowingTime.

“The post-Labor Day slowdown will likely be a little more intense this year than in previous years when the market was super tight,” said Daryl Fairweather, Redfin’s chief economist. “Expect homes to linger on the market, which may lead to another small uptick in the share of sellers lowering their prices.”