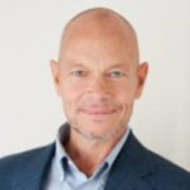 This user has not added any information to their profile yet.

Dr. Kettelhut has coached groups and corporate teams, as well as individual entrepreneurs and executives, since 1997. Before then “Doc” received a PhD from Temple University and taught ethics, logic and aesthetics at Villanova and Drexel Universities in the Philadelphia area. His coaching practice grows out of a deep desire to take his PhD in philosophy into the marketplace and facilitate the transformation of business lives.

After moving to NYC, he Co-founded and was Head Coach for The Center for Excellence, a communications consulting firm specializing in training and developing financial advisors from UBS, Merrill Lynch, Smith Barney, Morgan Stanley and Wells Fargo in leadership, business development and teambuilding. “Everyone at least doubled their revenues in those programs; and we ourselves grew from five of us to 15 before we moved the company to San Diego.” –Jim Marrin, President, then for The Center for Excellence, now forMarrinCommunication, LLC.

While in Southern California “Doc” accepted the invitation to facilitate the Iris Forum, the first multipartisan environmental think tank. “We brought Encinitas’ residents and international scientists together to establish sea-wall policies; we impacted truth in organic labeling; and Californians are much better informed as to the real meaning behind Mendocino County’s ban on GMOs since we issued our ‘Synergy Statement.’” –Tad Simmons, Co-founder Iris Forum& CEO, GreenSource Corporation

Martin now lives on the Front Range in Colorado, co-writing and -leading Programs for the InnerActiveInstitute with Leslie Jones. “The reason clients produce unprecedented results like…

“…brought on two new partners and did $75K production by the end of February, half as much as in all of the preceding year.” –Susan Wilkinson, Blue Ridge Financial

“…transferred firms, brought over most of the assets and best clients, brought in $7.5MM in new assets, placed $3.5MM in new fee business, maintained the same gross production, all in the worst bear market in 70 years.” –Joy Ellison VP, UBS

…is that they were guided by effective soul-searching before jumping into action.” –Leslie Jones, President, InnerActive Institute

Doc has also worked individually with lawyers, doctors, painters, accountants, electrical and construction contractors, clergy, domestic engineers, even a food-&-wine critic. “It is crucial that organizations and communities recognize the need to invest in the ongoing growth of their human resources,” writes Doc.

His book “LISTEN…Till You Disappear,”publish in January 2014, is available from all major book-sellers. He maintains that health and meditation are crucial factors in producing these results. “Doc” is an avid swimmer, classical pianist, and counts among his highest achievements summiting Mount Kilimanjaro in August of 2000.