info@moreandmorenetwork.com
“What About Mission Viejo?” by: Angie Week


Angie is an experienced realtor in So Cal and a podcast co-host, contributor and a blogger with Money, Real Estate & More. To connect with her, sign up on and/or log in to the platform to send her a private message.
Ask me about crowdfunding down payments! Certified International Property Specialist (CIPS) ~ Divorce Specialist (RCS-D) ~ Green Designation ~ Short Sale & Foreclosure Specialist (SFR) 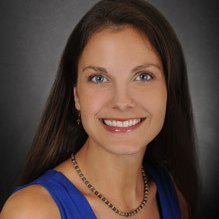 You’ll love living in Mission Viejo. There’s golfing, a large lake, freshwater beach access, boat rentals, waterfront dining, and plenty of shopping. Our community does yearly fireworks over the water, and also has a series of concerts on the lake for residents and guests. Montanoso Recreation & Fitness center draws aquatic enthusiasts from across the nation, and is a great place for the kids to learn to swim. You’ve got a paved trail along the perimeter of the Lake Mission Viejo, which gives you breathtaking views as you stroll. If you prefer unpaved hiking and art exhibits, check out Oso Creek trail and all the wildflowers along the way. Kaleidoscope center is conveniently located off the 5 freeway and offers movies, restaurants, and a spa. Health and wellness seem priority for residents who are active outdoors and frequent trails & Trader Joe’s. There’s a bowling alley, library, and everything in between. One of my favorite parts about Mission Viejo are the lights up La Paz during the holidays; you will always feel warm and welcomed in our well-kept and low crime community.

Mission Viejo is a commuter city located within Orange County, California, United States in the Saddleback Valley. Mission Viejo is considered one of the largest master-planned communities ever built under a single project in the United States and is rivaled only by Highlands Ranch, Colorado in its size. Its population as of 2019 was estimated at 94,381.[7]

Mission Viejo is suburban in nature and culture. The city consists of residential property, although there are a number of offices and businesses within the limits of the city. The city is known for its tree-lined neighborhoods, receiving recognition from the National Arbor Day Foundation. The city’s name is a reference to Rancho Mission Viejo, a large Spanish land grant from which the community was founded.

Mission Viejo was purchased by Don Juan Forster, an English-born Mexican ranchero.  During the Mexican–American War, Forster provided fresh horses to United States military forces which were used on the march of San Diego to invade Los Angeles.

Mission Viejo was a hilly region primarily used as cattle and sheep grazing land, since it was of little use to farmers. This city was one of the last regions of Orange County to be urbanized due to its geologic complexity. In 1960, early developers dismissed most of the land in Mission Viejo as simply “undevelopable”.

Donald Bren, an urban planner who later became the president of the Irvine Company, drafted a master plan which placed roads in the valleys and houses on the hills, and contoured to the geography of the area.[10] The plan worked, and by 1980 much of the city of Mission Viejo was completed. During the late 1970s and the 1980s, houses in Mission Viejo were in such high demand that housing tracts often sold out before construction even began on them.[11] The houses and shopping centers in the city are almost uniformly designed in a Spanish mission style, with “adobe”-like stucco walls and barrel-tile roofs. Many point to Mission Viejo as the first and largest manifestation of Bren’s obsession with Spanish architecture. Bren’s company was also the creator of the developments in Irvine and Newport Beach. The company expanded its operations and went on to build the Lakes project in Tempe, Arizona, Mission Viejo Aurora in Colorado and was the initial master planner of Highlands Ranch, both in the Denver Metropolitan area.

The seal of the city of Mission Viejo was designed and drawn by Carl Glassford, an artist and former resident of the city.

Mission Viejo has 38 schools from (pre-school through high school), of which 14 is private and 24 are public. 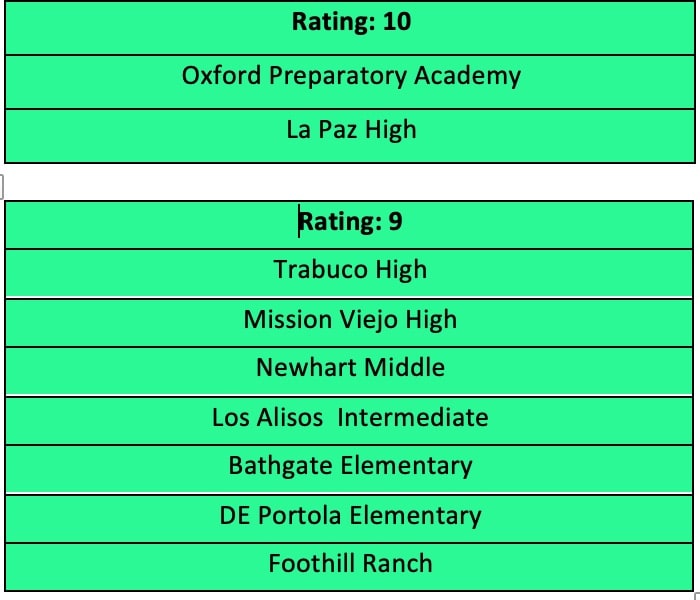 According to Reports on Housing, last month Mission Viejo had an $806,272 median home price, and a speedy 24 average days on market. A couple of sellers I represented on Herencia Street experienced this as their 975K home sold for over 1M in just 10 days. Our expected market time for all of OC in the 0-1M range is just 26 – 29 days…it is HOTTT. If you’d like some tips on selling your home in Mission Viejo, here’s a YouTube video that may be helpful, it tells a little more about our Herencia Street story:

Also, here’s a handy graphic to save as a reminder of Mission Viejo’s real estate market stats: 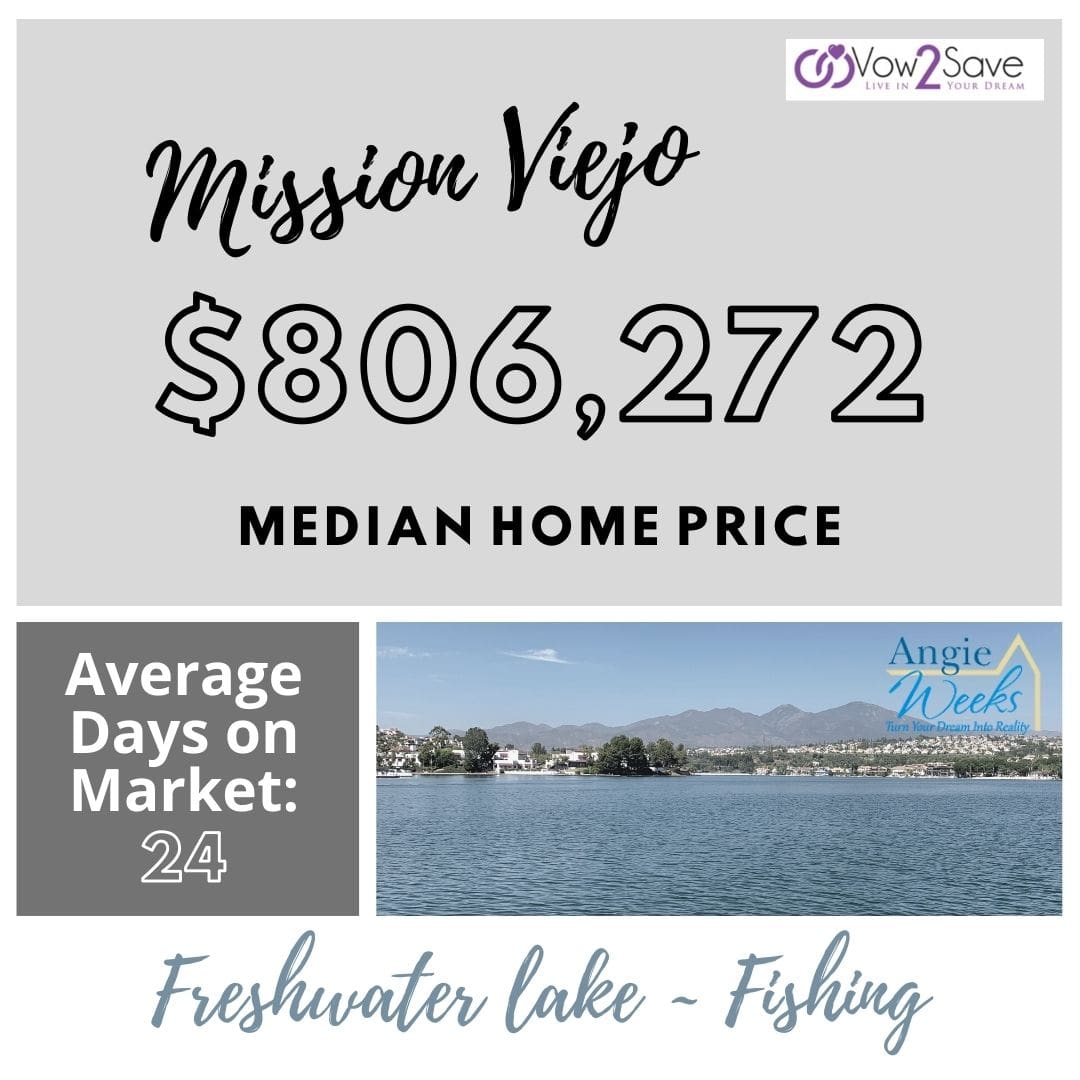 Mission Viejo condos & townhomes are also in high demand. We’ve got fabulous condo communities on both golf courses, as well as Lake Mission Viejo, which we highlighted in our podcast segment. Some really affordable townhomes on the golf course are in Finnesterra on the Green, which is a quaint gated community walking distance to the lake. Many of the condos have a view of Casta del Sol golf course, which is your neighboring public course.

Here is the rental market in Mission Viejo:

If you’d like a report on the Orange County Real Estate Market, tips on buying a home in Mission Viejo, or selling your Mission Viejo home, don’t hesitate to reach out for some no-obligation resources that will help educate you. Let’s stay connected! You may find me on social media at http://facebook.com/orangecountyre/ or better yet, log in or sign up here for free to message me.

“What About Paramount?” By: Anita Jones

Anita Jones Anita Jones is a licensed Realtor with over 25 years of experience. Anita understands the home buying and home sale process. To connect with me, sign up on and/or log in to the platform to send her a private message. History & Fun Facts You will love...

I’m not an expert when it comes to Economics, the Stock Market and the Bond Market but I’m fortunate to get updates on a regular basis which I can summarize.

“Taking a Vow to Save” by: Ann Laurence