A 20-year-old Marine who makes $3,000 a month from real estate investments shares 6 books that got him started in everything from house hacking to short-term rental strategies

A 20-year-old Marine who makes $3,000 a month from real estate investments shares 6 books that got him started in everything from house hacking to short-term rental strategies 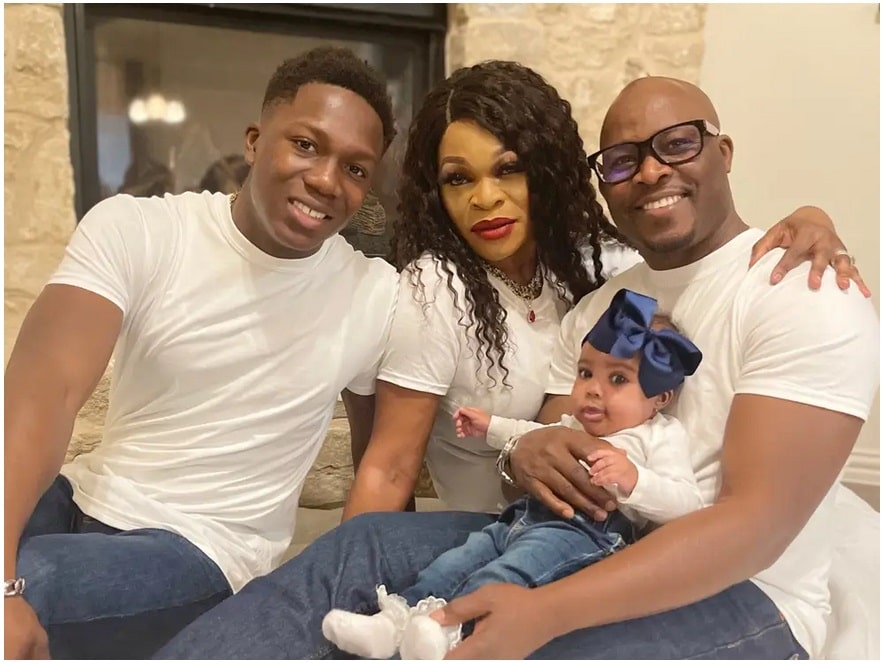 Before graduating from Marine Corp boot camp two years ago, Jabbar Adesada had never been particularly careful with his money.

That’s when the then 18-year-old Adesada met Phil, the dad of the affluent host family he was staying with while attending combat training in California — who also happened to work as a financial advisor. Once Adesada learned about investing in stocks and saving for retirement from Phil, his entire mindset about financial independence changed.

“Phil had an amazing life. Ever since I met him, that was the goal — because I saw how he was living, and financial independence and being wealthy was personified in Phil,” Adesada told Insider from a military base in the Savannah, Georgia area.

Adesada became obsessed with putting whatever money he could into the stock market — whether it was saving every penny of his monthly $1,800 base pay, picking up side hustles like working for DoorDash, or taking over assignments for other Marines on the weekends. But when he compared the potential returns from investing in stocks versus real estate, he realized the latter could provide a much less volatile path towards financial freedom.

Adesada, now 20, just returned to the US in late April following a four-month deployment to Norway. In the last year-and-a-half, Adesada has used his savings to build a multi-unit real estate portfolio garnering him a monthly passive cash flow of around $3,000 — all between deployments.

“I wanted to get a property within six months of when I first learned that real estate was a thing and it was achievable,” said Adesada. During those few months, he listened to every single one of the then-400 episodes of the BiggerPockets podcast, networked with as many real estate investors as he could, and read books to enhance his knowledge.

In an interview with Insider, Adesada mentioned six specific books that helped him get started on his journey to financial freedom through real estate investing.

From house hacking to short-term rentals

After reading “The House Hacking Book” by Craig Curelop, Adesada decided to try the strategy with his first property, a single-family home in Savannah, Georgia. Curelop, one of the early adopters of house hacking, detailed in the book how he rented out his own bedroom and slept on a futon to earn extra money.

“So I’m like, this guy is not even in the military. Me sleeping on the futon is literally no different than me sleeping in my barracks room. When I was living in the barracks, I could smell my roommate’s breath when I woke up in the morning — and I’m not getting paid for it,” he joked. “Once I came to that realization, I was like, screw it, I’m just going to rent out all of these and then ‘Craig Curelop’ it.”

When he’s not deployed, Adesada alternates between sleeping on the house’s futon and at the military base. Adesada has also managed to raise his rent prices through various value adds like supplying items such as dish soap, trash bags, paper towels, toilet paper, a twice-a-month cleaning service, and an extra refrigerator.

These strategies have served Adesada well. After paying his $1,100 mortgage and any other potential expenses like maintenance requests, each month Adesada earns between $1,700 and $2,000 of mostly passive income, according to documents viewed by Insider.

After buying his first property, Adesada was inspired by a friend’s success with short-term rentals in the Great Smoky Mountains and decided to purchase an upscale vacation home in that market. However, he faced one problem: the house in Savannah had depleted all of his savings. “The ONE Thing” by Gary Keller gave Adesada the inspiration he needed to focus on buying a second house.

“It talks about setting your goals towards a level that you don’t feel like you can achieve and in your natural state, and growing yourself to get there,” he explained. “So by the end of that exercise, I had started developing a plan to buy my second property.”

Adesada pitched the vacation cabin idea to every potential investor in his network, facing rejection after rejection until he finally received a ‘yes’ from a senior master sergeant who’d heard through the grapevine about Adesada’s real estate ambitions. From the master sergeant, Adesada secured a $60,000 five-year balloon loan with 10% interest to provide the down payment on his second property.

As for the property itself, Adesada read “Short-Term Rental, Long-Term Wealth” by Avery Carl to better understand the vacation home business. He also attended one of Carl’s Zoom classes and listened to any podcasts or YouTube videos he could find about short-term rentals.

Eventually, Adesada employed Carl’s Short Term Shop real estate team to help find his second property, a cabin in the Tennessee mountains. Adesada hired her team based on the strategies in “Long-Distance Real Estate Investing” by David Greene, which instructed investors to choose “rockstar real estate agents” for markets outside of their local area.

After Adesada bought the property, he immersed himself in learning about Airbnb search engine optimization, ratings algorithm, and pricing dynamics. Adesada even paid for a professional photographer, customer service messaging system, and, most recently, a virtual assistant to help while he’s deployed overseas or otherwise preoccupied.

Now, the rough average Adesada’s Airbnb makes is around $7,500 a month, according to documents viewed by Insider — which means that even from afar, Adesada manages to command monthly profits of around $1,500 after splitting 50/50 with his partner.

“It’s really all the information you need to run a successful real estate property management company — not just own a property or two,” he explained.

Finally, Adesada noted that “Set for Life” by Scott Trench is a “phenomenal” book for investors interested in achieving financial freedom in a short amount of time.

“I believe that anybody can be financially free in real estate investing in five years or less, and ‘Set for Life’ displays that in such a clear, accurate, and practical way,” he said.

Adesada is also part of a community of young investors called the SheeksFreaks, and as an added bonus recommended “First to a Million” by founder Dan Sheeks.

“It’s an amazing book for young people who want to learn about personal finance, real estate investing, managing and getting into a first property,” explained Adesada, who was highlighted in the book as a “Featured Freak.”

“It has a bunch of awesome real-world people who are actively doing it,” he joked.

Something big is happening in the U.S. housing market—here’s where 27 leading research firms think it’ll take home prices in 2023

Something big is happening in the U.S. housing market—here’s where 27 leading research firms think it’ll take home prices in 2023 Do you like this Article ?  Sign up HERE for your FREE M&M Account to receive more Real Estate related information and news and THIS...

The issue for California residential real estate remains the same. Poor affordability means that despite latent demand, buyers can’t afford the prices of homes in the Golden State. For that reason, many have left to find much cheaper homes in other states. Unemployment will likely be on the rise along with lower business profitability (tech sector continues to lay off workers) which means fewer buyers are likely for 3 to 6 months.

The stronger consumer optimism is running against sticky inflation and a likelihood the FED can’t lower interest rates. But will that discourage buyers in California? Demand is always intense in CA. No other place offers what California has, and buyers today do seem to put lifestyle at the top of their list.

5 Trends That Will Shape Luxury Real Estate in 2023

The luxury housing market, like most other real estate sectors, is adjusting to a slowdown. Affordability and home size are every bit as much on wealthy buyers’ minds as other consumers. “The reality is we are coming out of one of the best real estate markets in history,” Gary Gold, a luxury property specialist with Coldwell Banker Realty in Beverly Hills, Calif., notes in the latest Coldwell Banker Global Luxury Trends Report. “But that level of demand and price appreciation wasn’t sustainable.”

Nearly 90% of respondents to the Coldwell Banker survey say they believe the real estate market will be better than or the same as 2022 for property investment. The following emerging trends were noted in the report.

Real Estate Talk with Coach DP3 a day ago

Social Media & Marketing Tips and Nuggets a day ago